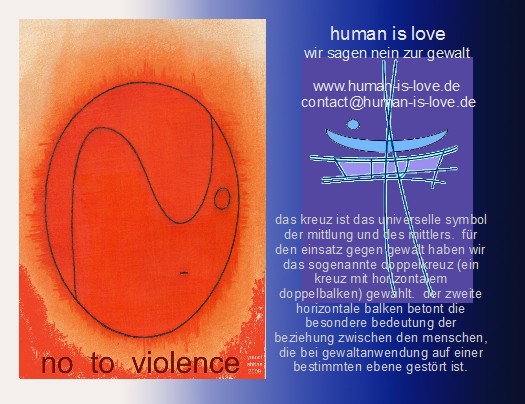 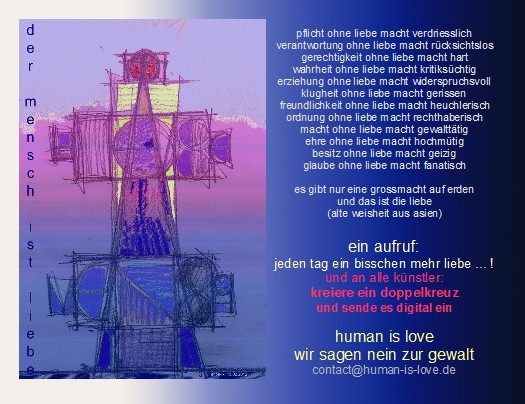 SYMBOL - the double-cross - why?

THE CROSS
The cross is a worldwide known symbol of high cultural significance and it has been a cult stood already in the early times of mankind.

A SYMBOL
In cult caves crosses often are the oldest rock carvings. Human supposed in the painted connection of four points a religious formula of universe. A simple meaning was that they are symbolising the four cardinal skydirections and thus largely represents the universe. It is the universal symbol of mediation and of the mediator.

THE AXES
In the further development of the cross as a symbol, the horizontal line represents the earth, the earthy, erthly, from pure materialism to the bodily instincts. The vertical line by way of contrast symbolises the heaven, the spirit, the consciouness and a godlike mind.

THE HORIZONTAL LINE
From this perspective, the horizontal bar represents the relationship between people, however the vertical bar, the relationship of man to a spiritual force, to some parent, some would say to God.

AGAINST VIOLENCE
For our employment against violence we have elected the so-called double-cross, a croos with two horizontal bars. The second horizontal bar underlines the particular relationship between people, which is impaired by violent application of a certain level.